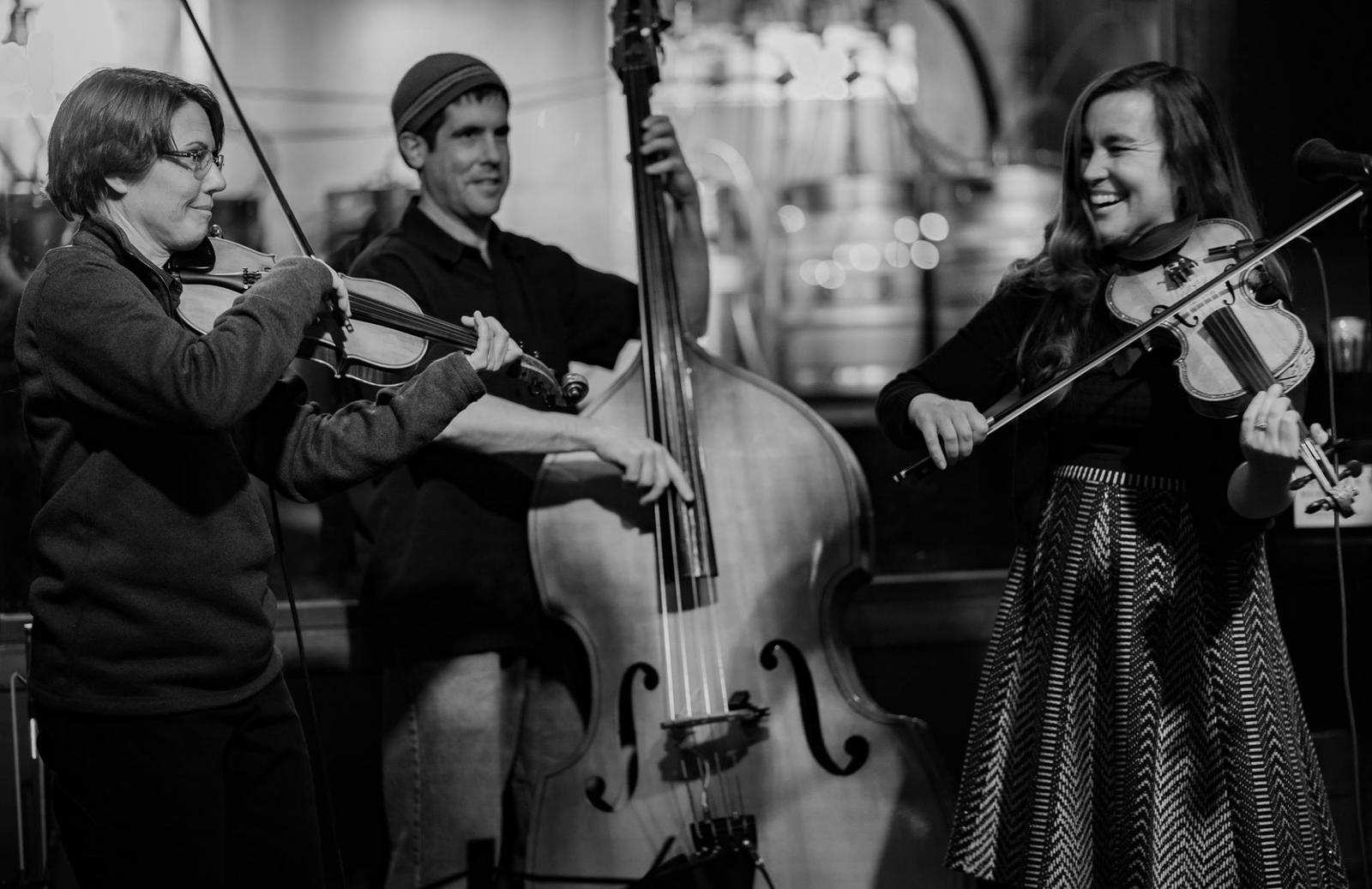 Why Bluegrass Matters in the Public School Music Classroom

The International Bluegrass Music Association holds it’s annual conference in Raleigh, North Carolina each fall. Drawing over 200,000 people to this 5 day conference and music festival, it is one of the largest musical events in North America. This year, I had the opportunity to perform and present at this world class event: jamming late into the night, and performing with my band The Savage Hearts at the festival and in the Raleigh public schools. I took the opportunity to talk with a number of top tier eclectic string pedagogues about how bluegrass fits into the lives of their students and theorize about how bluegrass could be used in public school orchestra programs.

Bluegrass is an American genre of music that began in the Appalachian region of the US and has steadily gained in popularity and diversity over the past century. It typically involves fiddle, guitar, mandolin, banjo and bass (although cello and viola are beginning to be play a vital role in this musical genre). All of the music making occurs by ear, mostly in the form of jam circles where a solo is passed around from player to player while the other musicians play accompaniment. It is the phenomenon of bluegrass jamming that has the most potential to benefit string teachers in public schools, as I will discuss here.

As many of us are aware of, there are three critical shifts in the world of string playing that we should consider in our school music programs and in the development of well-rounded string players:

1) The large professional orchestras that we prepared our most dedicated students to audition for are having difficulty with funding, both at the national and state levels (Cooper, 2016).

2) Learning improvisation is currently required for all music students at accredited institutions and at the very top of our National Standards for teaching music (Geib, 2013).

3) According to projections from the National Center for Education Statistics, less than 50% of students entering public schools this year are of Euro-American descent. Classical music, and it’s accompanying code of behavior and concertizing, is less culturally representative than it has ever been in the American classroom.

4) Our students spend a great amount of time consuming and listening to rock, blues, mariachi and other forms of music that are by nature, transmitted and developed by ear and incorporate skills of creating and arranging music over the reading of notation.

Very few people are as invested in the continuation of a notation based, western European orchestral approach to making music as our public school orchestra programs. It is a phenomenon that has affected our recruitment, retention and the ability to stay culturally relevant in the lives of our students. And yet we are slow to change. And why? Perhaps because music teachers are often coming directly from the well spring that is seemingly the most notation dependent and slowest to change: music school. The reason that they often cite for not teaching by ear? They haven’t been taught how to play by ear themselves (Conley 2017).

For many of us who attended music school, our ability was regularly measured by reading notation and concertizing. The entire arena of performance involved a mix of playing etudes and solos in private instruction and participating in an orchestra as group instruction. Our friends outside of classical music institutions may have found ways to incorporate fiddling and improvising into their early musical experiences but partially due to concerns that fiddling would interrupt the development of clean technique and course loads that largely consisted of notation based learning, we just generally didn’t have the time or support.

At IBMA, I had the good fortune of speaking with Dr. Pete Wernick, founder of the Wernick Method, perhaps the first “bluegrass curriculums” that works very well for large groups of students. Dr. Wernick stated, “It’s overdue to have this subject broached for discussion among teachers who use notation primarily.” He’s right. He went on to observe, “I’m sort of amused when people refer to printed music as ‘their music’. It’s actually paper with printing on it. Music is sound. By ear musicians always have their music with them.” Pete Wernick and the body of some ___ certified Wernick Method teachers represent a huge body of musicians that many traditional music teachers may not even realize exist: thousands of string players joyfully playing by ear for a lifetime without ever looking at a page of “music.”

So, where does one begin teaching the concept of playing by ear and improvisation? My answer, as a long time educator and performer of both notation and by ear based genres, is in songs that can inspire and emote with the fewest number of chord changes possible. Like so many musicians who saw the classical job market collapse before the ink was dry on our conservatory diplomas, I took bluegrass fiddle lessons. I played the fiddle tunes with enthusiasm and went to bluegrass jams. It was in the jam circle that through a lot of repetition of songs with similar chord progressions, I learned to “feel” when the chords were going to change. I learned this because the chords generally only changed a few times in any given song. I also learned to stay with the groove, a skill that many notation based musicians seem to overlook in favor of being shown the beat by a conductor.

Bluegrass musicians (and rock musicians and blues musicians and most all other genres of folk musicians for that matter) call the chord that anchors the key of a song is in the “1 (I) chord”. For example, in the key of G, G would be the 1 (I) chord. In a typical bluegrass song, the other two chords that would occur are the 4 (IV) chord (C) and the 5 (V) chord (D). This is called a “1-4-5” chord progression. This favored model exists not only in bluegrass, but in most rock, folk and blues music as well. It is the first step in understanding how to accompany and play a solo over many, many of the songs that we share as an American culture. Perhaps most importantly, bluegrass has a long tradition of “jamming together” that makes it friendly to apply to large groups.

Another great teacher and musician I was able to talk over these concepts with at the IBMA World of Bluegrass is Gilbert Nelson, self-acclaimed “apostle of extemporaneous jamming by ear”, who also teaches bluegrass and can be found helping Pete at MerleFest and other large scale bluegrass festivals, where folks may come for the performances but stay for the all night jamming and the majority of audience members are also musicians themselves. Gilbert sees learning music as akin to learning a language (much like the Suzuki program) and advocates for a natural transmission of music (learning by ear) followed by some basic outline of written language (if just the words or lyrics for a lead singer to follow) and then the continued development of one’s creative abilities (improvisation and break taking). In the performance realm, Gilbert extended the language metaphor to note the difference between a conversation between friends and a sole presenter speaking to a hushed audience. Of course, the anxiety level of this speaker would likely be elevated and thus, it could be theorized that the solo performances and concertizing that our students in public schools experience actually encourages performance anxiety. Conversely, jamming, with it’s shared vulnerability, circle formation and playing for no consequence or audience at all, might reduce performance anxiety. This could prove helpful to students and developing musicians who find that anxiety keeps them from enjoying music.

Speaking of jamming…if you have never been to a bluegrass festival, what you will see is groups of people playing together in small circles. Everyone in the circle will play through the

chords of a song or instrumental tune while the role of soloist over the chords will travel around the circle. Often there are vocals to consider as well and the arrangement is up to the person leading the jam- with some general tendency to follow a traditional song form. The orchestra classroom, with large groups of people lends itself quite nicely to a jam circle. The only missing ingredient in an orchestra classroom is an instrument that generates chord changes audibly over this large group of people. Relating to chord changes is integral to improvisation. Allowing students to participate on guitar is a good choice, as is the instructor taking a few basic guitar lessons in order to facilitate the two most important roles in this process: developing melodic material and providing accompaniment over the song’s chord progression. In the jam circle, all participants are encouraged to take a solo (or “break”) and then move into the role that they will serve in the majority of the time: listening, playing back up and reinforcing the chords.

It is in the jamming of songs with simple chordal structure in a highly repetitive environment that improvisation could be taught in a public school classroom. Although the bluegrass lessons may not appeal to all students musically, the transmission of other music genres of similar chordal movement is a great option for teaching your students to improvise and play by ear.

So…looking for a few examples of how to introduce bluegrass into your classroom? There are a lot of options. First of all, the Wernick Method offers classes all over the world. It is a great introduction to bluegrass that will give most learners the basics of jamming in about 6 classes. You can find a class and register at www.dr.banjo.com.

World class eclectic string pedagogue Christian Howes recommends the following, “An approach I use for practicing improvisation in bluegrass tunes is as follows: using a very short excerpt of the melody (for example 1-2 bars), slow the tempo way down, and then play the melody repeatedly 10-20 times, each time making a slight variation, based off of whatever my ears tell me…repeating this process over and over with other excerpts in the song will lead to gradually feeling more comfortable with the entire song at faster speeds.” Christian has a great toolbox for teaching by ear and improvisation techniques and works in various genres. His summer camp, the Creative Strings Academy has just expanded to several locations. Check out his teaching and performing at: www. christianhowes.com.

Wherever or however you decide to teach by ear, the bluegrass jam circle is a great tool in the classroom. Circles encourage community and community encourages close listening. We can take away a lot from these older forms of music that invite everyone to participate in music for a lifetime and never stop the jamming. As you may experience jamming at your local bluegrass festival, “one more song” can quickly turn into an all night affair!

Find more information about bluegrass and the International Bluegrass Music Association’s World of Bluegrass Conference and Festival at www.ibma.org

Annie Savage is an active performer with the band, “The Savage Hearts” and author of “Join the Jam: a Method of Jamming for Traditional String Players”. She is a PhD candidate at the University of Iowa and the director of orchestras at Liberty High School. Her books, method and free online lessons can be found at www.savagefiddler.com. Her mantra is, “Total world domination through vibrating wooden boxes!”